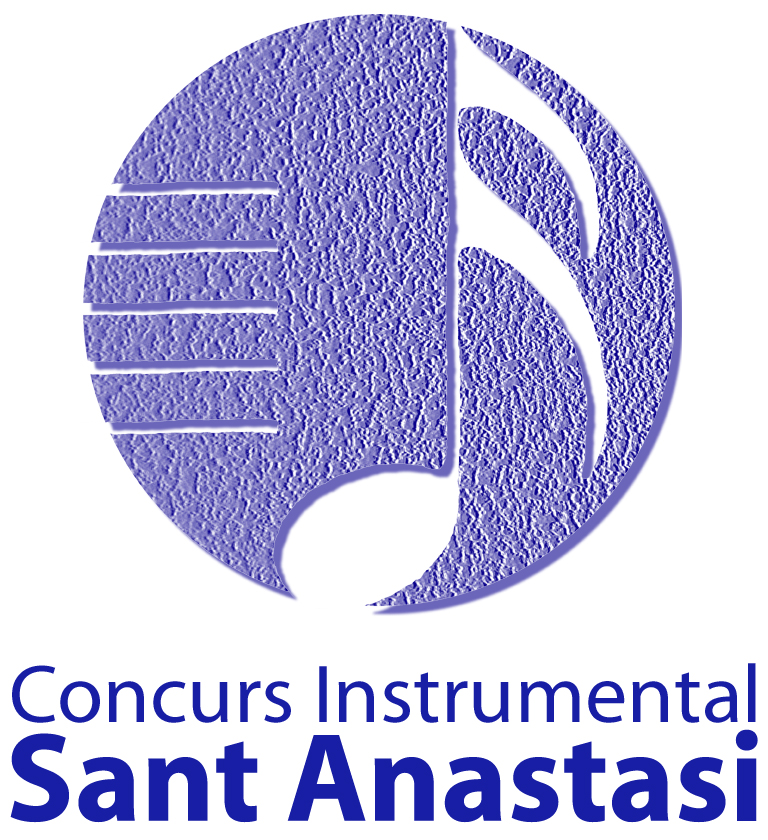 Ricard Viñes was born in Lleida on the 5th. February, 1875. When he was 7 years old, he started his musical studies with the Lleida organist Joaquín Terraza, but in 1885 he moved to Barcelona to study with the maestro Juan Bautista Pujol. In 1887 he obtained the first prize for piano in the City of Barcelona School of Music. He also attended classes in harmony given by Felipe Pedrell. 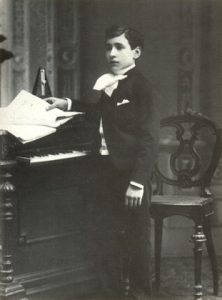 Ricard Viñes, First Prize in Piano of the Barcelona Conservatoire(1887)

Following the guidance of his maestros, he moved to Paris where he was admitted into the classes of Charles W. De Beriot. In 1894, he obtained the First Prize at the Paris Conservatoire.

Ricard Viñes won the admiration and respect of the Parisian circles, not only as a pianist but also as a cultured person of refined spirit. For this reason he was given entry into some of the highest artistic and intellectual circles in France.

He had the reputation of possessing a prodigious memory which, together with his great facility for assimilation, made it possible for him to acquire an extraordinarily extensive piano repertoire and a vast cultural knowledge. 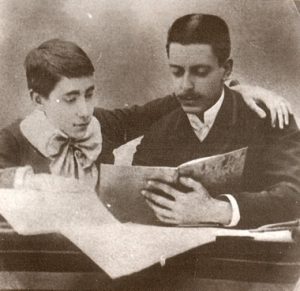 Viñes established friendships with several artists and intellectuals of the time. He was also a member of a group called “Los Apaches” which met to talk about poetry, painting, literature and philosophy or to listen to the new music that Viñes was playing.

Viñes, despite having lived the greater part of his life in Paris, never relinquished his ties with the land of his birth, to which he felt deep attachment.

His concert career was developed chiefly in Paris, where he gave innumerable recitals in the most important concert halls. He collaborated with great orchestras and in chamber concerts. He offered hundreds of concerts to a wide public and undertook extensive tours in France, England, Switzerland, Germany, Italy, Belgium, Holland, Portugal, South America and Spain. It is important to point out that for a long time he returned periodically to Lleida where he offered concerts for the city’s annual festival. He gave his last concert on the 19th. February, 1943 in the Palau de la Música Catalana in Barcelona and died there on 29th. April of the same year.

His principal activity had been that of concert pianist, but since childhood he had also dedicated himself to teaching piano. His best-known pupils were Marcelle Meyer and Francis Poulenc. Other students who also worked with him for more or less continuous periods were Joaquín Rodrigo, Joaquim Nin-Culmell and Gonzalo Tintorer, as did Maria Canals during the last part of his life. 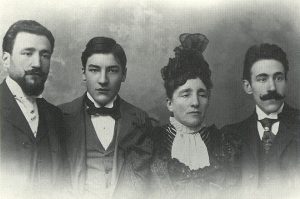 Ricard Viñes with his mother and his brothers, Pepe and Eugenio

From 1904 onwards, he was regularly invited to be a member of the tribunal to judge the Piano Competition of the Paris Conservatoire. He also collaborated on occasions with the American Conservatoire of Fontainebleau. In the 1940s it seems he had been offered a professorship in piano virtuosity in the Madrid Conservatoire which he turned down.

Viñes was also a learned critic, as his numerous articles and collaborations published in the press of that time prove.

Viñes felt a natural affinity towards modern music, and the great number of recitals and concerts dedicated to the musical creation of his contemporaries reveal a total commitment to the new music. He gave several first performances of works by Debussy, Ravel, Satie, Granados, Falla, Turina and Mompou. But Russian and South American music for piano from the beginnings of the 20th. century is also indebted to the art of this universal pianist. In his concert programmes he included works by Liapunov, Borodin, Mussorgski, Balakirev and Rimski-Korsakov and, after his second American tour, he dedicated his first Parisian recital to several South American composers such as A. Williams, C. Pedrell, R. Rodríguez, J. Castro, H. Villa-Lobos and H. Allende. 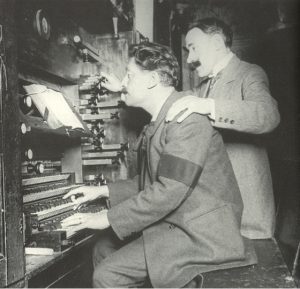 He admired equally music of the classical period, in particular the works of Bach and Beethoven, as well as those of Chopin and Liszt.

If Viñes’ repertoire by itself constituted an innovation, the organization of his programmes also represented a change in concert traditions. In contrast to the concerts of that time, which were excessively long and lacking in unity, Viñes began to arrange the different works according to a historical line or to their nationalities, thereby achieving an original programme and paying greater attention to coherence. In a way he became a pioneer of the recital.

His “Four historical concerts for keyboard music” which he gave for one month in 1905 in the Erard Hall in Paris are memorable. The first concert includes works that go from Cabezón to Haydn, the second from Mozart to Chopin and the third and fourth were dedicated to modern composers such as Liszt, Saint-Saëns, Brahms, Grieg, Borodine, Granados, Albéniz, Franck, Fauré, Debussy, Ravel and Chabrier.

It is his keyboard style which had the greatest impact on the genesis of the new music for piano. The critics praised his piano-playing technique in terms such as “elegant play,” “variety of colour” and “extraordinary pedal playing.” Sometimes, his modern playing qualities, restraint, simplicity, clarity and precision were wrongly understood by some critics of his time, but his art was accepted in the main and recognised by critics. 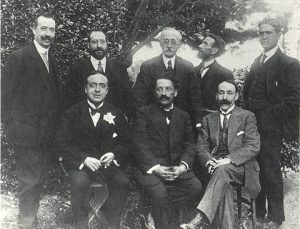 Ricard Viñes with Déodat de Séverac and the members of the “Xop-Bot” Romà Sol, Magí Morera…

The fingering he left marked in the scores he worked on show us that he preferred to keep the hand in a closed position for as long as possible in order to obtain better balance; he sought to keep the wrist flexible and relaxed and he positioned it lower than was normal in pianist technique at that time. He rarely practised purely mechanistic exercises, preferring to put his technique to work in the difficult passages of the pieces he was playing. His technique was distinguished by its great richness of sonority and shades; the distribution of the sonorous levels, the search for variations avoiding brusque contrasts and with apparent simplicity and flexibility. His sober, incisive and varied style is undoubtedly the fruit of mature musical contemplation.

Viñes was very conscious of his exceptional gifts. He was also conscious, from his youth, of the struggle he would have in order to get the public to accept another type of performer. He preferred to go the hard way, that of the pioneer, the path of momentary incomprehension, and now his name is perpetuated in the history of music.